The PCMCIA Smart Card Driver is used for the SCM PCMCIA smart card reader. This driver is written using Kernel-Mode Driver Framework. This driver in its original form was written in WDM. It was converted to KMDF to take advantage of all the benefits provided by KMDF in terms of reducing complexity and making it robust. PCMCIAMODIFYMEMORYWINDOW: The PCMCIAMODIFYMEMORYWINDOW interface routine sets the attributes of a memory window for a PCMCIA memory card. The memory window is mapped by the PCMCIA bus driver. PCMCIASETVPP: The PCMCIASETVPP interface routine sets the power level of the Vpp PCMCIA pin (secondary power source).

To develop PCMCIA bus drivers, you need these headers: 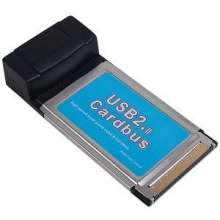