We always see Samsung’s brand in almost every electronics and that is because Samsung is a reputable brand when it comes to smartphones, tablets, televisions, air conditioners, and refrigerators. And when it comes to service centers, Samsung had service centers around the globe and that is expected because they are one of the most popular electronics & laptop brands in the market.

However, Samsung laptops are not that popular to masses and they don’t have a large customer base. Samsung has a bad reputation when it comes to its previous laptops due to its poor build and battery life, and plain designs. But it is not that all bad, Samsung had some popular laptops like the ATIV Book 9 and ATIV Book 9 Plus which is known for its great specifications in an ultra-thin designed body.

Good Tech support: Samsung’s Tech supports are very friendly, but they don’t know much about the laptops. Their knowledge is more on smartphones.

Lacks Innovation: Samsung laptops are pretty basic when it comes to innovation, they don’t really have outstanding machines.

Poorly designed laptops: Samsung laptops are poorly designed, they don’t really give effort in designing their laptops and just go with the basic build.

Average warranty: They don’t offer an extension on warranties, and you would shoulder the shipping cost. Also, Samsung void warranties on laptops that are upgraded. 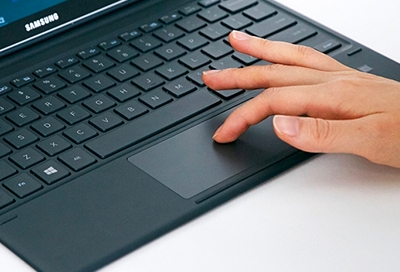 Samsung’s previous laptops are mediocre, they don’t really impress buyers. Well, we can’t blame them, who would spend bucks for not worthy laptops? Besides, there are other brands that offer more than Samsung can.

But hey, let me tell you. Samsung is improving. They release new note-worthy laptops, not to mention the new Notebook Odyssey a gaming laptop that is fully redesigned with a portable all-metal chassis and that is powered by RTX graphics. Odessey’s price starts at $1999, although it’ pretty expensive, the specs and build are impressive.

This effort of Samsung to change its laptop quality would be a game-changer for them if they continue to improve every year. They may not the strongest brand for now, but Samsung is a promising brand and well like to see what improvements they would offer in the table for years to come.

When it comes to its design, Samsung laptops aren’t really that unique looking. Most of the laptop designs look like silvery plastic cases that you see at toy stores. Their design isn’t really something special and it is lacking in beauty.

Samsung’s latest laptops are quite an improvement in design, the new models are far from mediocre laptops of the past but still not that outstanding in terms of design. But this is a great start for Samsung, the gaming laptop Odessey is a beast and compact but the design of branding is boring.

With this, Samsung’s design factor got a 20/30 rating which is not high and not that bad either considering their bad reputation on how their laptop looks. It is because Samsung is trying to change the bad reputation with its new releases of redesigned laptops.

Samsung has a friendly and reliable customer that responds quickly. However, their staff specializes in smartphone tech so in some cases they might not be able to help with your laptop related problems.

Samsung laptops generally have at least a 1-year warranty but you rarely hear of them having products having up to 2 or years of warranty. So their warranty is a little below average when compared to other brands.

One of the biggest downsides of Samsung’s support and warranty is that unlike other brands that do not void their warranties in case users decided to upgrade storage or RAM, Samsung is pretty sensitive and voids warranty the moment you open its back panel. That is a big turn off for most of its customers.

So there it is, Samsung is not pretty considerate when it comes to their warranty. We give them a score of 22/30 rating.

Samsung might be a leading brand for electronics but when it comes to laptops the previous releases are all flat. They don’t really have any noteworthy innovations worth mentioning asides from their Samsung Notebook 9 Pro- Best Premium Touchscreen laptop which stretches the line between tablet and laptop.

Samsung might be a leading brand for electronics but when it comes to laptops the previous releases are all flat.

Although, there are some improvements to its innovation on newer releases like the Notebook Odessey which is very promising. The changes are not that one of a kind compared to other brands in the market.

Samsung got a 6/10 score rating in its innovation factor, one of the lowest ratings that we’ve given. If Samsung’s changes to its laptops would continue to thrive for upcoming years, there is no doubt that this rating would go much higher.

Samsung is pretty new to laptop making business so its understandable that they don’t have a lot of laptops to choose from.

However, Samsung understands its market so they have laptops ranging from cheap usable laptops like the Samsung XE500C13-K03US chromebook 3 to premium high-spec laptops like their Samsung Notebook 9 Pro that price ranges from 00 to 00 bracket.

If you are an artist or writer and value portability, Notebook 7 is a perfect match. The 13.3”-inch model is powered by 8th Gen Intel Core i5 processor and integrated graphics, and 8GB of RAM, and a 256GB SSD for $799 to $900 depending on your configuration. While the 15-ich variant is powered by AMD Ryzen 5 2500U processor and integrated AMD Radeon Vega 8 graphics card for $800. This Notebooks are good for doodling, quick scrawling, and annotating.

Of course, the Notebook Odyssey lets you play games as they were meant to be played! This 15.6-inch beast is powered by Intel’s 8th Gen Core i7-8750H processor, an RTX 2060 graphics card, 16GB of RAM, and 512GB SSD of storage for $2000. Which we personally think a pretty fair price for its hefty performance.

If you want style and affordability just for simple tasks like writing and every day basic computing chores, the Notebook Flash may suffice. This retro-styled Notebook is very cheap, you can get the one with Intel Celeron N4000 chip with integrated UHD graphics 606 component, 4GB of RAM, and 64 GB storage for $350.

See, Samsung isn’t really that bad, they have decent machines as well, for a fair price. We give them a score of 24/30 rating on this one because they have good value but not so wide selection category. Also, the cheap models aren’t really worth it.

Let’s just say that for now, Samsung is behind on the competition. But we cannot also say that Samsung would stay that way, why? Well, we can see their efforts in changing the way they are making their laptops and if they continue to up their game then Samsung may catch up to other brands in no time.

Samsung may not as aggressive as other brands but they have selections of machines that are worthy of compliment and would suffice the needs of users. You just need to find out what you need and what works best for you. Samsung has something for you.

Samsung had more US patents than other American brands, they have a good reputation for their smartphones, although their laptops are not that known. Samsung is new on the laptops industry, maybe that is the reason.

Should You Buy Samsung Laptops?

When it comes to reliability, the new machines of Samsung is far more reliable than those early machines they circulated in the market. Samsung’s new machines are pretty reliable and can compete with other brands.

But when it comes to price and specs ratio, you can probably find a better buy with another brand. 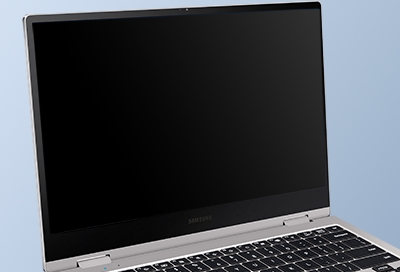